DentaQuest Invests in California Organizations Supporting Diversity, Equity and Inclusion in Oral Health
A Year in Review: What We Learned in 2021
Holiday Guide — How to Balance Enjoying Your Favorite Foods and Good Oral Health
Improving the Oral Health of All
Native American Heritage Month: A Conversation with the Society of American Indian Dentists
DentaQuest Contributes $10,000 to Zebra Coalition Inc. Supporting LGBTQ+ Youth

Motivational interviewing has been used in fields as diverse as medicine, social work and HR. A California dental clinic proves that it can be a useful tool for dentistry, as well. 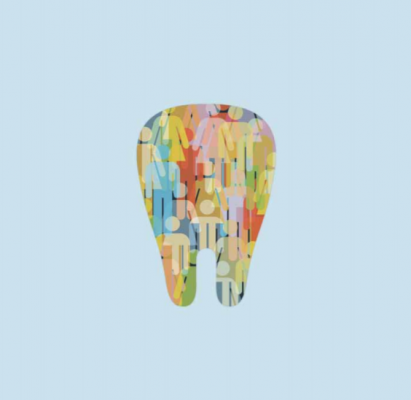 This story is based on the California Dental Association Journal clinical article, “Quality Improvement in Practice Leading to Remineralization,” published March 2018. You can read the entire piece at CDA.org.

Great dental care starts with prevention. Preventive care is dependent on the relationship between patients and doctors: Through a shared investment in the patient’s health, they can work as a team to address concerns or behaviors even before they become medical issues.

Patient motivation for change is hard to cultivate in a person feeling discouraged or afraid. So, in recent years, providers have started using a new communication approach called Motivational Interviewing.

Motivational interviewing is an established intervention in a variety of fields, from medicine to social work to human resources. The counseling method “helps people resolve ambivalent feelings and insecurities to find the internal motivation they need to change their behavior,” Psychology Today explains.

Early research from the DentaQuest Institute indicates that this intervention, as part of a larger Effective Communication approach, can help build and reinforce better habits among young and reticent patients.

“Care should always start as a conversation between the provider and the patient, using effective communication," says Dr. Brian B. Nový, Director of Practice Improvement at DentaQuest Institute and President of the DentaQuest Oral Health Center. "This is a core strategy we guide providers in mastering as part of the DentaQuest model, because an investment in Effective Communication yields outsized rewards in overall patient health."

Dr. Nový explains, “We found that one form of Effective Communication - motivational interviewing - allows the patient to open up and to develop a trusting relationship needed for their provider to identify risk factors that can be improved.

"This, combined with other forms of Effective Communication, allows us to develop a disease management strategy and reduce the patient’s risk of cavities and other health issues in the future.”

"People only listen when they feel listened to."

What is Motivational Interviewing?

When Motivational Interviewing, the clinician has two goals: first, increase the patient’s motivation for change, and second, help the patient commit to the change process.

As with other forms of effective communication, clinicians who practice motivational interviewing don’t “order” a patient to change in any way or offer specific therapeutic interventions. Instead, they focus on explaining the disease process.

By practicing empathy, support and good listening skills, they then engage the patient in a discussion about their personal motivations to make positive changes and their commitment to the change process.

While approaches may differ among practitioners, motivational interviewing can be practiced by providers through following a simple interviewing process, comprising the acronym OARS:

This approach works well when practiced in conjunction with other forms of effective communication and patient-centered prevention care. 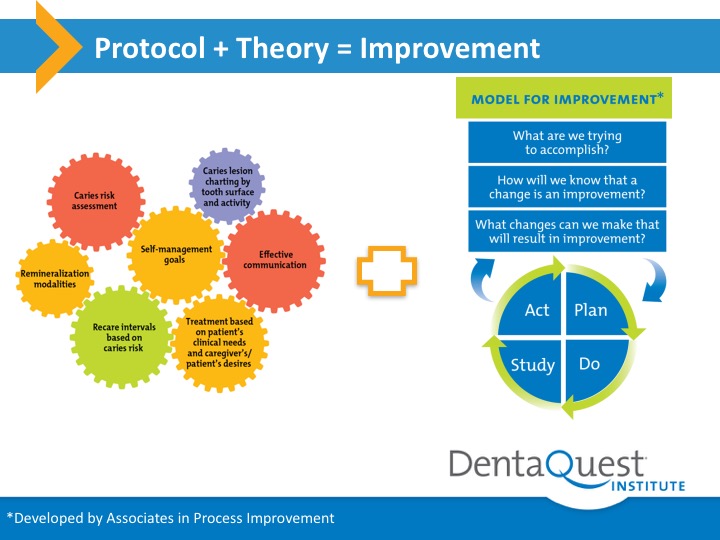 Effective Communication is just one element of DentaQuest's treatment protocol.

In March 2015, the DentaQuest Institute launched the Dental Caries Management Collaborative, which focuses on developing and testing a chronic disease management protocol for young people.

The Institute recruited providers from across the U.S. to participate in the collaborative with the aim of reducing the risk of cavities in patients using evidence-based quality improvement drivers, or the parts of the dental health care system that decrease or positively influence caries risk.

The Collaborative tracked its progress by requiring providers to chart and track caries lesions with the ADA Caries Classification System. Using standardized measurements, cavities were recorded at the patient level, and the Collaborative could use patterns to measure what worked at a higher level.

The Institute challenged clinicians to help patients and their parents become their own champions of disease management. As part of this, clinicians introduced motivational interviewing as a form of Effective Communication to modify patient behaviors.

Clinicians focused on explaining the disease process and asking the patients and parents to select a goal. Over time and repeated visits, clinicians worked with patients to set new goals, slowly eliminating risk factors or balancing risk factors with protective factors.

During the Collaborative experiment, a pediatric practice in Southern California that exercised motivational interviewing successfully measured the caries risk reduction of their patient population.

The story of their success is best told through the story of one patient, a 6-year-old boy named Adam. (The boy’s actual name has been changed to protect patient confidentiality.)

When Adam first arrived to the practice, he had two active cavities. In his initial exam interview, his clinician found that Adam lacked routine effective oral hygiene, that he consumed a cariogenic diet, and snacked frequently on fermentable carbohydrate-rich foods. In addition, both Adam and his parent misunderstood the basics of tooth decay as a disease.

In that first visit, the clinician practiced motivational interviewing with Adam and his parent. WIth their permission, both parent and child received nutritional counseling and oral hygiene instruction.

At the second visit, the clinician noted a visible improvement in Adam’s gingival health. Adam was congratulated for improving his oral hygiene and encouraged to set a new goal. With his clinician’s counsel, he decided to start spitting out toothpaste foam after brushing, but not rinsing his mouth with water. This would increase his exposure to low levels of fluoride, which encourages remineralization.

In that same visit, Adam’s mother asked about other ways to improve her son’s oral health. She set her own goal of providing xylitol gum to Adam while in the car during daily errands because it reduces cavity-causing bacteria and the amount of acid in the mouth.

At the third visit, Adam reported he didn’t like the feeling of toothpaste on his teeth. He had abandoned the effort of leaving toothpaste foam residue in his mouth. Rather than attempting to correct Adam’s lack of follow-through, his clinician used motivational interviewing techniques to encourage him to commit to self-improvement. It worked. Adam elected to try using fluoride mouthwash after brushing.

At the same visit, Adam mentioned they had run out of gum in their car. Privately, his mother explained that she had to abandon her son’s gum chewing because it was too messy and sticky a habit for her son. However, she agreed to continue chewing gum in the car when she was alone because she enjoyed it and understood it helped her own health.

Her continued use of xylitol gum could be considered as yet another protective factor for the family’s overall oral health.

Rather than impressing upon Adam that he needed to continue the practice of using fluoride mouthwash, his clinician used motivational interviewing techniques to introduce the concept of trying a new “special toothpaste.”

Adam was worried about the toothpaste’s taste and texture but agreed to taste test the “special toothpaste” in the office. After tasting a toothpaste that supports remineralization, he agreed to use it at home.

During Adam’s subsequent visits, he proudly reported his success using “my toothpaste.” And Adam’s initial lesions demonstrated remineralization. The approach was truly working.

Adam received additional support in the coming months by both his pediatric dentist and an orthodontist, who partnered with the clinician to keep Adam on track.

The pediatric dentist and orthodontist continued to set goals with both Adam and his mom. They worked to improve Adam’s diet, and took clinical photos whenever possible.

It is often said that changing patient behavior with motivational interviewing is “less like wrestling and more like dancing” with a patient.

In the case of this 6-year-old patient, motivational interviewing was successful because he received encouragement and the chance to explore alternatives when he was unsuccessful. By working together, everyone involved in his care was motivated to find a risk-reduction strategy that he could easily implement and the result was a lifelong healthier smile.

Are you ready to implement better prevention strategies in your practice? Sign up for the DentaQuest Institute Dental Caries Management Practicum to learn how to more effectively initiate prevention conversations that meet patients wherever they’re at in their dental experience.

DentaQuest Based in Boston, Mass., DentaQuest (www.dentaquest.com) is a leading national oral health company and the largest in the Medicaid space. Along with its charitable DentaQuest Foundation, its clinical DentaQuest Care Group and its educational DentaQuest Institute, its mission is to improve the oral health of all. Follow DentaQuest on Twitter @DentaQuest, Facebook at www.facebook.com/DentaQuest and LinkedIn at www.linkedin.com/company/DentaQuest, and stay up to date at WhatsNew.DentaQuest.com.