National Tooth Fairy Day is Twice a year, in February and August, but special tooth traditions span beyond just this nation.

Not every culture has a tooth fairy, but many have some tradition to encourage improved oral health

Did you know the tradition of a child receiving a gift for a lost tooth has roots in medieval Europe where a tand-fé, or tooth fee, was paid when a child lost their first tooth?. In the United States (and other English-speaking countries), that tradition continues: the tooth fairy replaces the tooth with a coin or some cash while a child sleeps.

But that’s not necessarily the story elsewhere.

A writer named Selby Beeler wanted to know what children in other countries do when they lose a tooth. So, she asked kids. And, with what she learned, she wrote a book about tooth customs from around the world called, Throw Your Tooth on the Roof.

This is one of DentaQuest’s favorite books to share with employees who read to children when we visit school classrooms, especially in schools where children come from many different cultures. The customs are delightful and aspirational. Some are fanciful and some are actually quite practical. Here is a sampling: 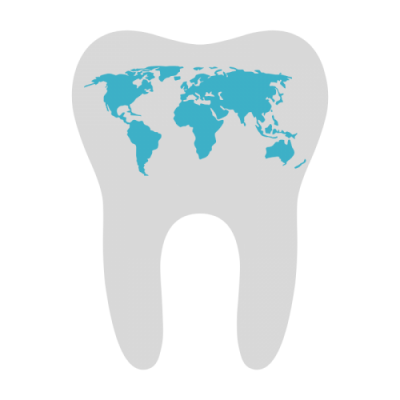 For the Yellowknife Dene (Canadian Indigenous peoples), losing a tooth is a family celebration. Mothers and grandmothers put the tooth in a tree and the family dances around – all to make certain that the new tooth grows in as straight as a tree.

Mothers of children of the Navajo bury the tooth on the east side of a healthy young sagebrush, rabbitbrush, or pinyon tree. They believe that East is the direction associated with childhood.

Children of Aboriginal Australians place their tooth inside a shoot of the pandanus plant. As the plant grows into a tree, the tooth will grow too. Spirits in the pandanus leaves look after the child as the tooth is growing.

Children in Mexico leave their tooth in a box by their bed hoping that El Raton, the magic mouse, will take the tooth and leave some money. Children in Guatemala also wait for El Raton and the money he’ll leave for them.

In France, Le Petite Souris, a mouse, comes at night to exchange the tooth under the pillow for a gift.

In Afghanistan, children drop the tooth into a mouse hole saying, “Take my dirty old tooth and give me your clean one instead.’

In Cameroon, children throw the tooth over the roof, shouting, “Take this bad tooth and bring me a new one.” Then they hop around the house on one foot as everyone laughs.

Children in Greece also throw their tooth on the roof with a wish that the new tooth grows in healthy and strong.

A child in Libya would throw his tooth at the sun and say: “Bring me a new tooth.” Fathers tell the children that they have a bright smile because the teeth come from the sun.

In Oman, children face the sun and throw their tooth as far as they can, saying, “Oh mighty sun, take this tooth and play with it, and do not forget to bring it back.”

Children in Cambodia, Singapore, Vietnam and Japan throw a lower tooth on the roof. But if it is an upper tooth, they put it under the bed or throw it straight down to the ground. This is how they will the new tooth to grow toward the old one and come in straight!

Pakistani children wrap the tooth in cotton and at sunset throw it into a river for good luck.

Children in Mali throw their tooth into the chicken coop. They hope to find a big fat hen in the coop the next day – so mom can make chicken soup!

Children in Brazil throw their tooth outside and say, “Lovely birds, dear birds, take away this tooth of mine and bring another one to me.” Children brush their teeth every day because the birds only take clean teeth.

Mothers in Costa Rica and Chile turn the tooth into jewelry. They have the tooth gold plated and made into an earring or necklace for the child to wear.

Children in Lithuania also keep the tooth as a keepsake.

There is so much more to learn about customs in other countries and cultures – what do children do where you are from?

*Did you know there are actually two Tooth Fairy days each year? This year, it falls on Feb. 28 and Aug. 22. It serves as a great reminder to schedule an appointment for your child with a Pediatric Dentist every 6 months. Tooth Fairy Day is also an opportunity to talk to your child about properly caring for their teeth – perhaps by reading them a book like Throw Your Tooth on the Roof – because we want them to last a lifetime!