How ‘Hygienists for Humanity’ is Bringing Dental Care to the Homeless

How ‘Hygienists for Humanity’ is Bringing Dental Care to the Homeless

Inspired by her experience after a Florida storm, Alicia Murria founded a nonprofit to bring dental screenings and products to homeless communities — care beyond the dental chair, a key component of Preventistry®. 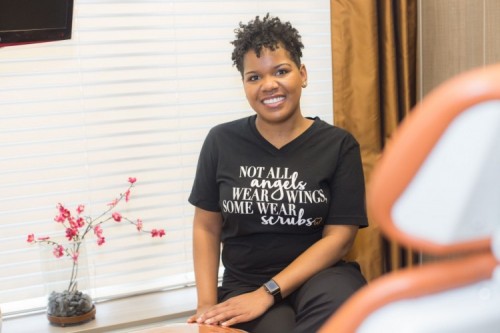 Alicia Murria credits Jacksonville’s erratic weather systems for her recent career shift from hygienist to nonprofit founder. It was there on Florida’s east coast, during the American Dental Hygienists Association’s annual conference in 2017, that Murria waited out a storm to begin a 5K walk organized by the group. By the time the attendees were able to start, the day was nearly over — and Jacksonville’s homeless population was, as Murria puts it, “laying down to go to bed.” Her experiences that night and the following day led Murria to found Hygienists for Humanity, a nonprofit that provides homeless and other underserved communities access to dental care and hygiene products through mission work across the country. In just two years, Murria’s new nonprofit reached more than 700 people through Hygienists for Humanity’s mission work. Providing care beyond the dental chair, Murria is a true Preventist.

How did Hygienists for Humanity get off the ground?

This 5K route took us under overpasses and highways through Jacksonville, and we saw these people who were seemingly homeless. It was kind of uncomfortable, but it was an eye-opener. My colleague and I noticed that they weren’t asking for anything — they didn’t have a sign that said ‘Please help the homeless’ — but they were in need. Together, she and I took the money we had in our waistbands and started to give it out. Then the next morning, going around the exhibit hall floor on the last day of the hygiene conference, I noticed there were exhibitors who were giving away oral hygiene products and toothbrushes in droves. They explained it would cost more money to ship them back. That’s where Hygienists for Humanity came from. After seeing the need on the 5K trail, I wondered what would happen if dental hygienists could use excess products for good. So I started reaching out, and exhibitors started donating to us as an organization. 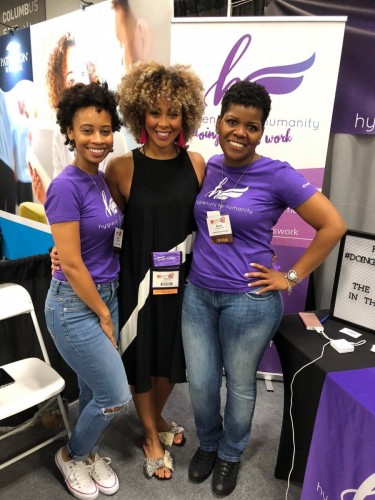 What kind of work do you do on your mission trips with Hygienists for Humanity?

We had an outreach event in Springfield, Missouri, last October, where we partnered with Victory Mission and met men who were transitioning out of homelessness and battling alcoholism. We did screenings and offered personal hygiene products, and we had a long line of men who just wanted to get seen. They felt like they’d been lost in the shuffle. There was one guy who told us, “I’ve been a tobacco user my entire life, and I’ve never been told that this could hurt my oral health.” He said after talking to us, he understood smoking cessation was the only way to go. All of the men were so grateful to have us there.

What’s the difference between your work as a hygienist in private practice and the work you do now?

When you go in and there is no money or insurance cards being exchanged, and people know you’re volunteering — they open up to you a lot more. They’re so thankful for your time and services. They’re so excited to get screened and speak to a dental professional and to know what to expect moving forward.

We see patients who are missing all of their posterior teeth who just ask, “What do I do now?” We let them know what to expect: “You’re probably going to have a deep cleaning, then they’re going to take out this tooth, then you’ll need to wait and work on your oral hygiene, then you’ll come back and have the final restorations done.” Just to give them an inkling of what to expect is a breath of fresh air [for them].