Sam Kreidenweis, Diversity, Equity and Inclusion Coordinator at DentaQuest shares his perspective on “coming out” and how it is really a personal journey unique to every individual.

Today we kick off a new blog series featuring DentaQuesters across the organization in recognition of PRIDE month. These employees have opened their hearts to share their personal perspectives and triumphs as members of the LGBTQ+ community. We thank you for the courage to tell your story.

In the first post of the series, Finding Queer, Sam Kreidenweis, Diversity, Equity and Inclusion Coordinator at DentaQuest shares his perspective on “coming out” and how it is really a personal journey unique to every individual. 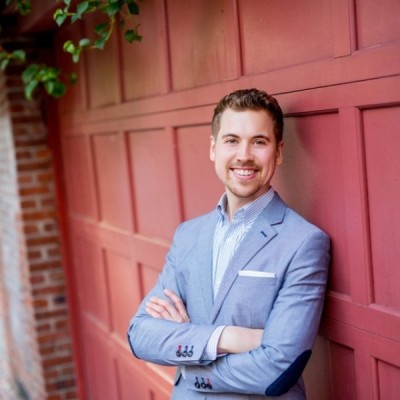 I have never felt truly settled with the phrase “came/coming out.” Can I say that I have checked that box of life experience as a non-heterosexual person? Sure. But this assumes that it is a one and done act. Imagine having to give an elevator pitch that covers one of the most important and fundamental parts of yourself. The act of coming out is a daily - if not hourly - journey.

It is all too easy for many of us on the LGBTQI+ spectrum to fall into automatic code-switching depending on our surroundings. (More about code-switching here.) This learned act of being a societal chameleon is not to be taken lightly. It is a very real defense mechanism that we instinctually turn to and relearn over and over as we find new and truer parts of our identities.

When I came out as gay, I knew that it was mostly true, but there was a shortcoming in that word for me. Already being someone who does not conform well to boxes and parameters, this binary description felt ingenuine and incomplete. But when I went through that journey as a young person, I did not know that there was another world of descriptors that could tell a much more accurate story of my sexual identity. The thought of exploring the other letters of this acronym that supposedly sums up an entire community was too scary, too risky, too much the exact thing that society was not ready to accept or discuss with me.

In the non-hetero community, we truly stand on the shoulders of giants. Incredibly brave folx have paved the way with their efforts, which has made my life as privileged as it is, and we owe them far more than we currently celebrate them for. On the flipside, we also need to recognize that younger folx are doing their own trailblazing. Were it not for Millennials and Gen Z-ers taking on the fight for nonbinary identities, I don’t think I would have revisited the question of “Is ‘gay’ really the correct term for me?” Watching the courageous acts of our trans, queer, intersex, nonbinary and asexual + community members has opened a new world of freedom to express, question, speak out and truly be.

When I dug into the queer identity, I was met with what I would describe as the cement to the pile of loose bricks I had previously had for my identity. In this word, a reclaimed term that at one time caused me such hurt and animosity, are answers for the gray areas, the nuances, and all the shortcomings I had previously felt. Can I be both butch and femme? Can I celebrate the ways in which I feel beautiful but not in a way that society would deem either masculine or feminine? Can I stop feeling imposter syndrome in the straight AND gay communities? Can I take back what was stolen from me in terms of authenticity and triumphantly hold something so simple as a word as my shield?

As someone who now identifies as queer, yes. Yes, I can. Perhaps, the greatest freedom in this identity is that I feel that I can now give myself permission to constantly evolve. I no longer feel trapped in a single identity that felt like yet another label that allowed me no room for growth or difference. I still spend every day finding new parts of my authentic self. But as a queer person, I get to embrace those and add them to the palette of colors that makes me, me.

About the Author: Sam joined DentaQuest in September of 2020 after a 13-year career as a professional musician. He has performed throughout the US, Europe, China and Japan and can be heard on more than 10 albums, including the GRAMMY Award winning Rachmaninoff: All-Night Vigil with the Phoenix Chorale. When not immersed in DEI advocacy, Sam continues to sing professionally, bake sourdough, and work in his garden with his partner Drew.