As public awareness grows about the importance of oral health, so has the political will to implement new or restore previously eliminated dental coverage for adults.

Advocates in many states have been successful in securing benefits for their entire adult population but others have found it is not politically feasible, due to budget constraints or competing health or Medicaid policy priorities. In those instances, advocates have adopted an incremental approach to secure expansion or restoration of benefits for specific groups including: pregnant women,  those with physical and/or developmental disabilities, or individuals with certain chronic diseases. 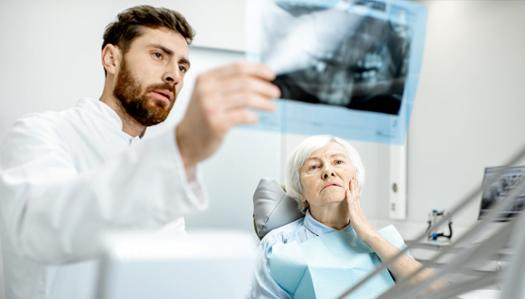 Medicaid covers approximately 46% of all births U.S. births. Growing evidence shows that oral health is essential to overall health and the health of a woman’s pregnancy and can affect a family’s financial stability.

Virginia has long offered an emergency-only benefit to adults enrolled in Medicaid. Recognizing that oral disease during pregnancy can increase risk for serious health conditions like pre-eclampsia, preterm birth, or low birth-weight babies, as well as the increased financial burden to the Medicaid program, Governor McAuliffe enacted A Healthy Virginia in 2015. This 10-part plan increases access to health care for 200,000 underserved Virginians through a series of emergency regulations and the use of an executive order. One part of the plan allowed the program to extend comprehensive dental benefits to approximately 45,000 pregnant women enrolled in Medicaid and Virginia Family Access to Medical Insurance Security.

Looking to further expand the Medicaid adult dental program in Virginia, advocates continue to pursue additional legislation and budget amendments that include coverage for all adults. The FY2020 budget included language that directed the state’s Medicaid agency to report costs related to visits to the emergency department for dental issues incurred by Medicaid recipients. Advocates will use the information collected in this study to reinforce the need for an expanded dental benefit for all adults.

Washington is currently piloting the Oral Health Connections program in three counties. This pilot tests the effect of enhanced dental benefits for pregnant women and those with diabetes who are enrolled in Medicaid. Adults enrolled in the pilot receive all traditional extensive dental benefits that are provided under the state’s Medicaid program, as well as three additional periodontal maintenance visits, in a 12-month period.

The results of this three-year pilot will become evidence to support advocacy to expand services to additional groups and/or into additional counties throughout the state.

Coverage for Adults with Disabilities

More than 1 in 3 adults under age 65 enrolled in Medicaid have a disability. People with intellectual or developmental disabilities are at greater risk for oral health problems, and yet, many Medicaid programs do not offer dental benefits to this group of adults.

After years of sustained advocacy by a broad-based coalition in Arizona, the FY2017 state budget restored the $1,000 annual dental benefit for medically-necessary dental care for adults enrolled in the Arizona Long Term Care System. The following year, a benefit of up to $1,000 for emergency dental care and medically-necessary extractions was added for all adults enrolled in the state’s Medicare program. Elderly adults and adults with disabilities can now access up to $2,000 per member, per year.

To further expand the Medicaid adult dental program in their state, Arizona advocates have pursued legislation that provides an enhanced benefit to pregnant women. Although unsuccessful in securing funding for this expansion in the last two sessions, widespread and bipartisan support exists. Building on this support in the upcoming legislative session, advocates continue their pursuit of an expanded dental benefit for all Arizonians.

Texas offers an emergency-only dental benefit for its adult Medicaid population. Advocates have long called on the state to expand this benefit to include all adults. In 2017, after years of sustained advocacy by a statewide collaborative, the Texas Legislature directed the Health and Human Services Commission to review the extent and impact of providing dental services to adults with disabilities in the state.

Two pieces of legislation were filed as a result of this report that directed the state to implement a dental benefit for adults with disabilities. Prior to signing, the bills were consolidated and, among many provisions, direct the state to launch a pilot program for people with intellectual and developmental disabilities. The legislation also provides community-level supports and services within the Medicaid managed care system to include dental services. The pilot is currently scheduled to begin in 2023.

The upcoming session will see advocates work to accelerate implementation of the pilot and explore options for expanding the adult benefit more broadly.

Poor oral health leads to higher risk for chronic diseases, including diabetes, heart disease, and stroke. The number of chronic and systemic diseases affected by poor oral health continues to grow as research progresses. Currently, the average cost of treating patients with multiple chronic diseases is lower when preventive oral health coverage is provided by Medicaid programs. As states look to control and reduce the costs associated with chronic disease management, some are now exploring expanded dental coverage for adults with specific chronic conditions.

In Nevada, more than 12% of the state’s adults have diabetes. Diabetes leads to increased medical expenses that are approximately 2.3 times higher. Diabetes treatment in Nevada was estimated at $2 billion in 2017. Indirect costs associated with lost productivity and other social costs were estimated at an additional $700 million.

During the 2019 legislative session, Assembly Bill 223 was signed. This bill seeks a waiver with the federal Centers for Medicare and Medicaid Services (CMS) that establishes a pilot program to provide dental care to adults with diabetes. Upon approval by federal regulators, the pilot will provide diagnostic, preventive, periodontal, and restorative services to patients diagnosed with diabetes.

States continue to seek new and innovative ways to ensure that Medicaid recipients receive appropriate and fiscally-responsible care. Though political will is often slow to change, maintaining pressure through advocacy groups will continue the forward momentum to push the needle on dental services toward universal coverage for all adults, ultimately resulting in healthier populations and reduced health care costs.