DentaQuest announced today that Executive Vice President and Chief Human Resources Officer Roxanne Martinez is an inductee to the Association of Latino Professionals For America’s (ALPFA) second annual Most Powerful Latinas (MPL) Hall of Fame. Roxanne has been recognized with five other inductees as Madrinas for being the Godmothers who paved the way for generations of future Latina leaders. 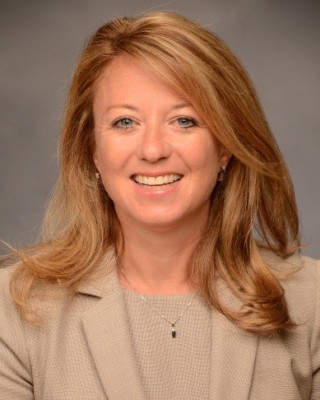 ALPFA’s annual MPL list highlights 50 of the most powerful and influential senior-level Latina professionals in several categories. Named to the list on three separate prior occasions, Roxanne joins this year’s Hall of Fame as a Corporate Culture Developer for consistently demonstrating influential leadership, providing strength and structure to corporate culture and values, and shaping the face of American business leadership.

“Latina women are innovators and have such an incredible impact across business, entrepreneurship, and civic engagement,” Roxanne said. “I am honored and humbled to be recognized by ALPFA and to be inducted into the ALPFA Hall of Fame alongside so many exceptional women whose contributions have made undeniable advancements in their communities.”

Roxanne has been a driving force behind DentaQuest’s diversity, equity and inclusion (DEI) efforts. She led DentaQuest through creating its first DEI strategy plan in 2020, establishing key performance indicators and action plans to build a more inclusive workplace culture. In just one year, these efforts delivered measurable results, putting DentaQuest ahead of its goals. Under her leadership, DentaQuest scored a 95/100 on the company’s first submission to the Human Rights Campaign Corporate Equality Index (CEI).  Employee satisfaction also increased – a critical operational goal for any business. And the company’s Glassdoor Diversity and Inclusion rating (on a scale of 0-5) increased from an average of 3.53 in January 2021 to 4.18 in June 2021. Before joining DentaQuest in 2019, Roxanne served as a Senior Vice President, Chief Talent Officer for Liberty Mutual Insurance. She held multiple human resources leadership positions in each of Liberty Mutual’s core business lines, as well as responsibilities for the company’s talent acquisition function.

Roxanne was honored at the MPL Luncheon and MPL Summit on Sunday, September 25th.  Learn more about the 2022 Most Powerful Latinas at alpfa.org.

DentaQuest is a purpose-driven health care company dedicated to improving the oral health of all. We do this through Preventistry® — our inclusive approach to quality care and expanded access built on trusted partnerships between patients, providers and payors. As one of the nation’s largest and most experienced Medicaid dental benefits administrators, we manage dental and vision benefits for more than 33 million Americans through a nationwide network of providers in all 50 states. Our outcomes-based, cost-effective dental solutions are designed for Medicaid and CHIP, Medicare Advantage, small and large businesses, and individuals. At the same time, we are expanding our footprint of more than 70 oral health centers in six states to deliver direct patient care in rural and underserved populations. Learn more at www.DentaQuest.com and follow us on Facebook, Instagram, LinkedIn, and Twitter.

The Haven of Health: Finding Your Dental Home
DentaQuest Contributes $115,000 to Support Free Pop-Up Dental Clinics Across the U.S.
Medicare Advantage Can Help Close the Oral Health Gap for Veterans
DentaQuest Expands Access to Oral Health Care for Floridians in 3 Dental Deserts With Its Affiliated Organization, Advantage Dental+
Improving Access to Care Through Case Management
Increasing Diversity in the Dental Field Is Key to Solving Our Workforce Crisis