DentaQuest Selected by Partners Health Plan to Administer Dental Benefits for Individuals with Intellectual and/or Developmental Disabilities in New York
Tips Any Dentist Can Use When Caring for I/DD Patients
DentaQuest’s Steve Pollock and Susan Pollock Honored by the Massachusetts Association of Mental Health
Executive Spotlight: Roxanne Martinez — “The Best Advice I’ve Ever Received”
Executive Spotlight: Kamila Chytil — ”Adjusting Leadership Styles to Fit Today’s Workforce”
“All you need is an open mind.” A Dental Student’s Vision for I/DD Inclusive Dentistry

Dennis Borel is helping lead the charge in Texas to ensure adults with disabilities have access to the preventive oral health care they need — Preventistry® in action. 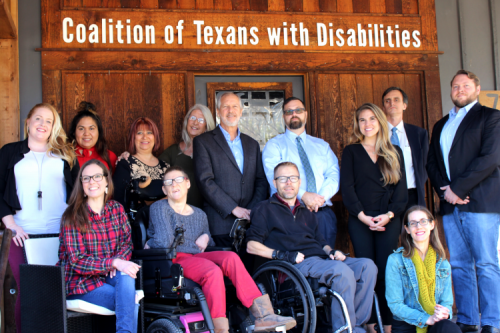 Coalition of Texans With Disabilities

Dennis Borel has dedicated his career to lifting up disadvantaged populations, just “trying to make their worlds a little bit better,” as he humbly puts it. The last two decades have been with the Coalition of Texans with Disabilities (CTD), a cross-disability advocacy organization based in Austin that partners with nonprofits large and small across the state to ensure people with disabilities can thrive in their communities. And we know advocacy is a key piece of Preventistry. For the last five years, Borel’s championed legislation that would enable those on Medicaid to have access to preventive dental services. Earlier this year, Borel and CTD celebrated a legislative victory: Texas agreed to run a pilot program, adding language to the state statute about preventive dental benefits for adults with disabilities.

What motivated you to include oral health in CTD’s advocacy work five years ago?

I spend a lot of time with adults who have disabilities, including people on our own 12-person staff here. If you’re around adults with disabilities for any extended amount of time, you can't help but notice the condition of their oral health — and it's not pretty. I know people who are missing teeth, I know people who are in pain. The president of our organization, who has cerebral palsy, has no natural teeth left.

At some point I thought, “What’s going on that these individuals have such poor oral health?” You may initially think, “OK, that president of our board has cerebral palsy and his dexterity isn't very good, so he’s not able to take care of his teeth.” But if you look a little deeper, you realize that individuals who rely on Medicaid for their health care — and people with disabilities are definitely overrepresented in the Medicaid population due to poverty — have no preventive dental benefit. That means no regular dental visits, no teeth cleanings, no “find a cavity and fix it.” 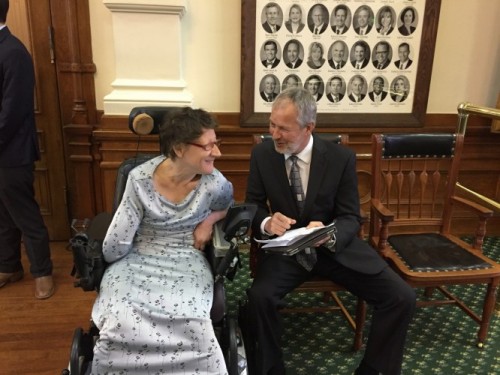 Was there an event that inspired you to focus CTD’s efforts on expanding Medicaid benefits specifically?

I was inspired by a coworker and friend, a woman named Suzie. She’s missing a number of teeth, and I was able to convince my personal dentist to take her on as a pro-bono client. Those lost teeth aren’t coming back, but he’s helped her out quite a bit, and he’s since taken on another client pro bono. So I got to thinking, “What if every dentist in Texas took on one or two pro-bono patients, could that be a solution?” But there are more than 400,000 adults with disabilities on Medicaid in Texas. That’s what I call a “magic dust solution” — you’re trying to sprinkle little bits of dust, but you can’t hit 400,000 people with it. So we need to find something that’s going to be broad to address this, and I think it has to be Medicaid. The big secret to containing Medicaid costs is to keep your population as healthy as possible, and preventive dental is a very key strategy to do so. It’s smart humanitarian-wise, smart for the people who need the care, and smart for the taxpayers who foot the bill.

Getting legislation passed is an uphill battle to say the least. What motivates you to keep going?

If I ever need inspiration, all I have to do is turn around. I’ve had days where I come back to the office after a key legislator says they have to back funding for public education even though they’ve agreed to prioritize this, or after a meeting that leaves me feeling like I’ve been stabbed in the back. But then I speak with Suzie and remember that this is an epidemic, and I just have to think about the people who would benefit.