During Pride Month, several DentaQuest employees have opened their hearts to share their personal perspectives as members of the LGBTQ+ community. We thank you for your courage to tell your story. 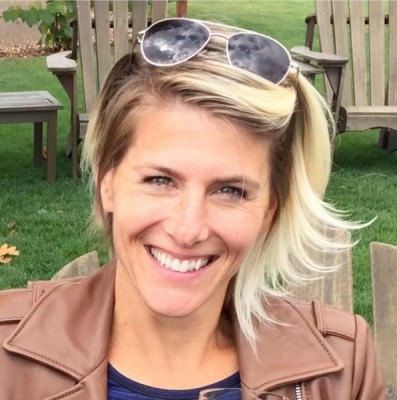 During my last year at the University of Wisconsin, I first noticed that I was attracted to women. Yes, this was also around the time that Brazilian supermodel, Gisele Bündchen, was making her debut with her beautiful face pictured all over Victoria's Secret stores. Did I ask them if I could have her picture after they replaced it with a different one? Maybe.

I had only dated guys when a friend of mine, Mia, asked me to a movie. Mia was gay and I didn't know if it was considered a date or not, but what I did know is that she was an awesome person. We shared fried cheese curds (we both love cheese) and at the end of the movie, she drove me home and asked me when we could see each other again. She'd visit me at the coffee shop where I worked (she always ordered a mocha and I would top it with rainbow sprinkles) and we played on a recreational basketball league together that summer. There was MJ, who was a fast runner. We traveled overseas with the same team for a competition. She had the best laugh and we immediately connected. I still have the card saved from that trip. I never told her that I was attracted to her.

There was Lynn, who I met during flag football in 2015. She was the catalyst for me to finally take a deeper look into my life. Did we break up at a restaurant that I will no longer visit? Maybe. Is she still one of my best friends? Absolutely.

Those are some of my first experiences realizing that I’m attracted to a person whose gender is similar to my own. At first, I thought maybe we connected on a deeper level because we had athletics in common and liked to play sports like flag football, basketball, etc.

Within the LGBTQ+ community, I identify as bisexual: I am attracted to more than one gender. I found a quote by Robyn Ochs that really resonates with me. She is an American bisexual activist, educator and professional speaker who helped found the Boston Bisexual Women’s Network and the East Coast Bisexual Network:

Is there any stigma that goes along with being bisexual? Yes. I have personally experienced some people who think it's "just a phase" or have said, "Why don't you just come out as lesbian?" Others feel I should "pick a side" and either be gay or straight. This is called bisexual erasure or bisexual invisibility. These comments, which have come from both inside and outside of the LGBTQ+ community, are hurtful. If you’d like to become a better ally for bi people, check out these 10 Ways You Can Step Up.

Bisexual is only one of the many ways that I identify myself. I'm also a mother to two amazing teenagers, a marathon runner with bad knees, an identical twin, a devoted friend, and, of course, will always be a Cheesehead. Go Pack.

About the Author: Janet joined Dental Service, LLC in 2010 which DentaQuest acquired in 2020. She is the Manager of Network Development for Advantage Dental in Oregon. Janet has a passion for helping others and giving back to the community. Here are some of her favorite organizations where she donates and/or volunteers time: Cascade AIDS Project, ACLU, Basic Rights Oregon and New Avenues for Youth. Janet also loves rescuing senior dogs alongside her twin sister, Jenni. In her younger days, her favorite place to hang out was at the local track (and Dairy Queen). She earned a full athletic scholarship to the University of Wisconsin where she ran track and cross-country. She is a 6-time Division 1 Track and Field All American, a 2000 Olympic Trials Qualifier in the 1500 meters and represented the United States at the 1999 World University Games in Palma de Mallorca, Spain. These days, she's happy to run an easy five miles and grab a cold beer at a local brewery.